UK vitamin D supplementation policy needs to change to protect the health and lives of babies, pregnant women and dark skinned individuals, say University of Birmingham researchers as they highlighted the death of a baby and serious ill health of two others due to a vitamin D deficiency.

UK vitamin D supplementation policy needs to change to protect the health and lives of babies, pregnant women and dark skinned individuals, say University of Birmingham researchers as they today highlighted the death of a baby and serious ill health of two others due to a vitamin D deficiency.

Högler and Uday argue that current UK recommendations for infants and children are overly complex and outdated. They are calling for updated and simplified guidance to include supplementation of all babies from birth, regardless of whether they are formula or breast fed.

They are also calling on the UK government to introduce mandatory monitoring of babies and pregnant women to ensure they are taking vitamin D supplements.

And the authors suggest that studies should explore the feasibility of introducing a rickets prevention programme which would see children receiving oral bolus Vitamin D supplements alongside routine immunisations at GP surgeries, with a similar strategy for pregnant women at antenatal visits.

Högler and Uday's research outlines the cases of three babies aged five to six months, including Noah, all born in England to mothers of Black, Asian and Minority Ethnic (BAME) origin who developed low-calcium heart failure and rickets as a direct consequence of vitamin D deficiency. The researchers also found that five of the nine family members of these three babies also had bone disease caused by vitamin D deficiency.

Vitamin D is essential for skeletal growth and bone health, and deficiency can result in rickets, soft bones and seizures or heart failure as a result of a lack of calcium. Those particularly at risk are the BAME groups, which make up at least 14% of the UK population.

Dubbed the 'English disease' during the Industrial Revolution, Rickets was eradicated from the UK during the Second World War but has returned to England and other western countries through immigration of high-risk populations.

Dietary sources of vitamin D are limited. The main natural source is through exposure of skin to sunlight. However, dark skin produces far less vitamin D than white skin, and, from October to April in the UK there is no ambient ultraviolet sunlight of the appropriate wavelength for skin synthesis of vitamin D. National surveys suggest that around a fifth of adults and up to 24% of children may have low vitamin D status. Deficiency rates are even higher in the BAME part of the population who are under-represented in National Diet and Nutritional Surveys.

Dr. Wolfgang Högler, a Reader in Paediatric Endocrinology at the University of Birmingham's Institute of Metabolism and Systems Research and a consultant endocrinologist at Birmingham Children's Hospital, said: "These three cases have in common that their risk and need for supplementation went unrecognised, adherence to supplementation was not monitored, and that clinical symptoms were relatively silent until severe complications manifested.

"The extent of disease, only unveiled by X-rays, tests and post-mortem investigations, went unnoticed.

"The complications in these babies were fully preventable and represent only the tip of the iceberg of widespread deficiency in risk groups. They expose a public health failure to address vitamin D deficiency as an important health problem with potentially devastating consequences." 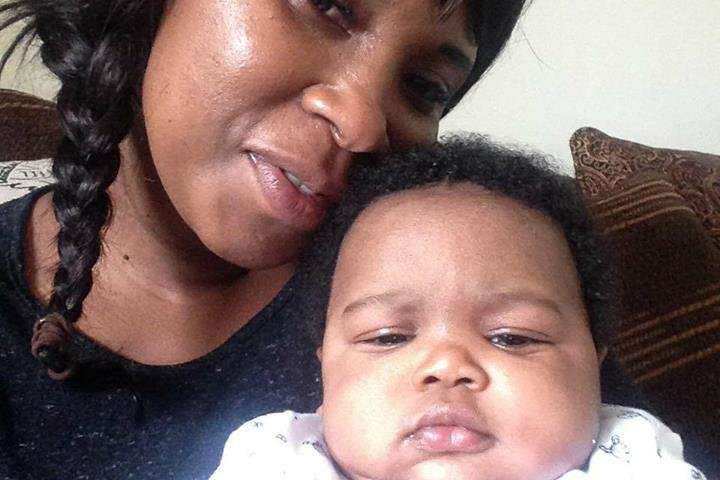 Beverley Thahane with her son Noah before he died. Credit: University of Birmingham

Ph.D. Doctoral researcher and global challenges scholar Dr. Suma Uday, also of the University of Birmingham and Birmingham Children's Hospital, said that importantly, while vitamin D deficiency is most common in BAME groups, it also occurs in other 'risk groups' - including all babies and pregnant women, people who practice whole body clothing, people with restricted diets lacking in calcium, and elderly people who spend more time indoors.

"The government's failure to adjust its prevention programmes to changing demographics is endangering the health and life of UK residents with dark skin, of whom infants are the most vulnerable.

"Establishing accountability through the implementation of monitored antenatal and infant supplementation programmes and mandatory food fortification is overdue."

Noah's mum Beverley Thahane said her son, of African descent, had been suffering seizures that doctors had been unable to explain, and then in January 2017—aged just six month—he suffered a cardiac arrest at home and tragically doctors were unable to save him.

Following his death, it was Dr. Högler's team that identified that Noah had undiagnosed severe nutritional rickets and all complications were ultimately caused by severe Vitamin D deficiency.

Hospital Clerical Officer Beverley, 37, of Shropshire, said: "I was utterly heartbroken when Noah died and horrified to learn that Noah's death could have been entirely prevented.

"I had not been informed of the need for infant vitamin D supplementation, or that we were at greater risk due to having dark skin, and I had no idea how catastrophic the effects of a vitamin deficiency can be.

"I hope that sharing my story will help in the fight to change public health policy and we can prevent another child from needlessly dying."

In separate research published in Endocrine Connections last September, Högler and Uday found that the UK has the lowest adherence to infant vitamin D supplementation in Europe and highlights that hypocalcemic seizures, heart failure and rickets occur nearly exclusively in the BAME group. Their work also showed that the supplementation of all babies and its monitoring increases adherence.

In a further review by Högler and Uday, published in Archives of Disease in Childhood in April, the researchers also emphasize that, given the low uptake of supplements, the long-term solution to vitamin D deficiency is mandatory fortification of the vitamin in food, which has been successfully implemented in countries such as Canada.

Dr. Högler adds: "Quite in contrast to their continental European counterparts, paediatric Accident and Emergency doctors in the UK frequently encounter dark-skinned infants with hypocalcaemic seizures, and rickets during winter and spring.

"Our research highlights the critical role of the UK government in the causation and prevention of what was once called, and still is, the 'English disease'.

"The cases we have highlighted are not collections of tragic medical rarities. Infants presenting with complications of hypocalcaemia such as seizures, dilated cardiomyopathy, cardiac death and overt rickets only represent the tip of the iceberg of a public health crisis."

WHAT ARE THE RESEARCHERS CALLING FOR?

1. monitoring of supplementation at every routine visit during antenatal care

4. on registration at the general practice, adherence to vitamin D supplementation is checked and then monitored at every single vaccination time point and contact with healthcare professionals

5. Inclusion of a monitoring question on adherence to vitamin D supplements in maternity notes and personal child health record (red book), at all routine time points, which reminds healthcare professionals and parents.

THE CASES HIGHLIGHTED IN TODAY's RESEARCH:

Noah Thahane, of African descent, was just six months old when he suffered a cardiac arrest at home. Tragically, doctors were unable to save him and a post-mortem examination found he had severe nutritional rickets and complications associated with a Vitamin D deficiency. While his mother had received antenatal multivitamin supplementation and attended all post-natal child surveillance and vaccination appointments, she was not informed of the need for infant vitamin D supplementation.

A six month old boy from Somalian heritage, was taken to hospital following respiratory arrest and seizure. He was found to have low calcium, severe heart failure and rickets due to severe vitamin D deficiency. He required prolonged hospitalisation to manage his heart failure, which recovered slowly over three months. His mother had been provided with one bottle of vitamin D for him at birth but was not informed to continue supplementation, and adherence was not assessed. She and three of the infant's four siblings, aged between three and nine, were found to be vitamin D deficient.

A five-month old British Pakistani girl presented to the hospital with a cough, difficulty in breathing and poor feeding. She was diagnosed with a respiratory infection, however further investigations undertaken due to her low weight for her age revealed low calcium, heart failure and rickets. She received treatment and improved. Nobody had informed her mother, who was also vitamin D deficient, of the need for vitamin D supplementation during pregnancy and infancy.