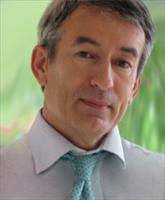 His book 'Health Defence' provides a highly accessible explanation of what good nutrition really means, along with evidence-based dietary guidance for improving both physical and mental health and performance. His next book 'Pharmageddon' (available September 2009) is being seen as the first textbook in the emerging science of pharmaco-nutrition. It takes the small step from nutritional biochemistry to the pharmacological and therapeutic application of nutritional programmes, and does so in an accessible and intensively referenced format.